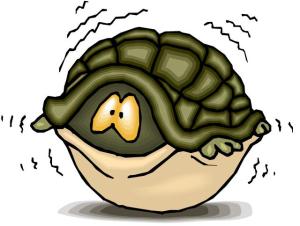 Part of me is scared to death of publishing.

It’s okay to admit that, right? I’m pursuing it, despite my fears, but I still find myself spending a ridiculous amount of time problem-solving in my head, working out ways to avoid the things that terrify me the most.

Here are the top two:

#1 – A debut that’s not fantastic. It terrifies me to see so many first-time authors out in the market and never hear about them again. This tells me that your first book has to be fantastic if you want it to launch a career. Thankfully, this is the fear that I have the most control over. I will take my time and make my first book amazing. I will shelve all manuscripts that are not amazing.

#2 – The second book crunch. This terrifies me far more than number one. I hear of so many authors who spend 4–5 years on their first book, sell it to a publisher in a two-book contract, and then are expected to write the second book in 6–12 months.

I understand that YA publishers want the second book to come out a year after the first for a lot of reasons. For one, the young adult audience has a time limit that adult audiences don’t: young adults are only young adults for about six years (at the most). There isn’t much time for an author to win them over. While writers of adult fiction have the luxury of a patient fan base that will remember them and eagerly buy their next book three, four, five or more years after the last one, writers for young adults have to move quickly to retain their readers. They also have to be more interactive with readers on the internet in order to keep the fan base interested in them even in that short one-year interim. It’s understandably a tough market in that sense.

Some writers are prolific enough to handle this crunch just fine. Some of them even write MORE than a book a year, which completely astounds me. I am a slow, methodical writer. I need my simmering time. And while I hope to continue to become more efficient in my writing process, I just don’t believe I can write a quality book in 6–12 months.

Of course, there are some young adult authors who aren’t expected to churn out manuscripts that fast. M. T. Anderson doesn’t publish a book every year, and his novels are incredible. Megan Whalen Turner’s fourth book in her compelling series is coming out in March, and her first, The Thief, came out in 1997. Her original young adult readers have grown up by now, but I believe that it’s because she spends years on each book, perfecting the details, that she appeals to a crossover audience of adults. Her books are amazing, and if I could pick an author to write like, I’d choose her.

So my concern is . . . how do I, as a brand-new author with zero clout, convince the agent and editor I someday sign with that I want to be an M. T. Anderson or a Megan Whalen Turner? How do I convince them not to bind me into a second-book crunch that will devastate the quality of my second novel? How do I convince them to take the risk of time with me? Can I work it into my contract?

I remember reading a blog post by Emily Wing Smith, author of The Way He Lived, where she said how grateful she was for a particular reviewer who really “got” her book: he understood and appreciated what the book was about, what it was trying to accomplish, what it meant.

As of yesterday I “get” why Emily was so grateful for that! I’ve felt giddy and glowing and happy and hopeful and all those other dancing-around-and-smiling-too-big kind of adjectives.

Our critique group was awesome. It worked out perfectly having four writers, reading each other’s entire novels, and starting our critique discussions with the biggest things first, strengths and weaknesses jumbled together. I’ve got as many revision notes from them as I might get from an editor, and I feel so excited to implement their suggestions and make the manuscript AMAZING before I start querying agents soon.

But my giddiness yesterday and today is specifically because one member of the group — the writer I knew the least, actually — “got” what I was trying to do and loved it.

I know that I’m not writing a book that’s going to appeal to everyone. I didn’t expect all three of my group members to be ecstatic about it. But just having one person — 1/3 of the group — means everything! It means that there is an audience for my book. It means there are people who will love everything about it. It means that all these years I’ve spent learning how to be an author haven’t been wasted. It means I can write something that means something (even if I can’t articulate the feeling itself).

The other two group members were also a huge help, and I don’t mean to discount their contribution. Joel and Holly, thank you so much for all the things you pointed out! It’s so important to get feedback from both your ideal audience and those outside of the audience (who might see it more objectively). 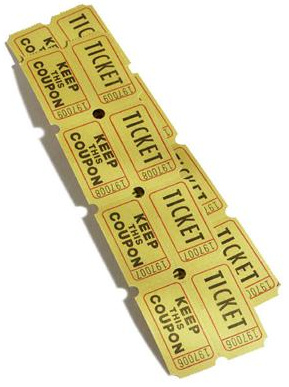 But having one person defend my point-of-view choices, my character choices, my thematic choices, and explain to the group exactly what I was doing in exactly the way I would have explained it?

It feels like the book world saying, “Congratulations. You won over another writer. You’ve got a book worth publishing. Please proceed to the next door.”

The next door is still a few months off. Even the group member who loved it pointed out issues I need to address. I’ve got all those revision notes to work through before I can approach agents.

But I understand why Emily was so excited about that review of hers.

Having someone “get” it is huge.