Here’s something odd I’ve been thinking about this week: Why do parents object to what they object to in novels?

Take for example Shannon Hale’s books. It blows my mind that anybody could complain about anything in her fiction, and yet she gets mothers who tell her they loved all her books up until they read fill-in-the-blank with such-and-such a kissing scene. Now they refuse to have that book in their home or let their daughters touch it for fear of contagion. 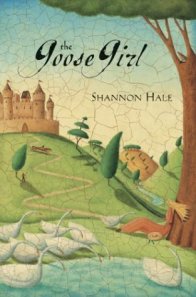 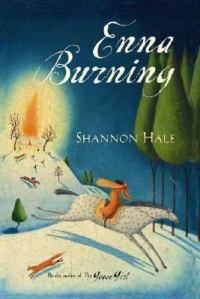 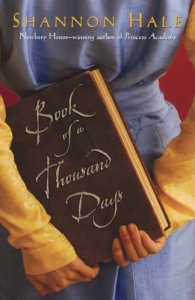 But the part that really boggles me is that they say they’ve loved Shannon’s books up to that point. Did they skip the parts in Goose Girl or Book of a Thousand Days that describe outright nudity? Or the parts in Enna Burning where Enna murders hundreds or thousands of people by burning them to death? They didn’t blink an eye at those huge moral issues, but they won’t have their daughters read kissing scenes?

I thought about this with The Hunger Games, too. After all, there is zero sex or swearing, and at first I caught myself feeling relieved. But then I woke up. Hello! Exactly how much violence is in The Hunger Games? More than in any other book I’ve ever read.

John Green recently wrote a post reacting to the challenges of his books in a Florida library, and he said something interesting: 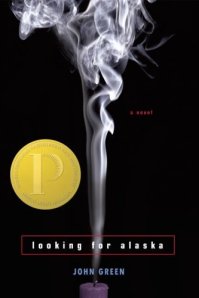 Let me make this clear: An individual scene from a novel cannot be read out of context. It won’t make sense. It will seem other from what it is. You cannot know whether a novel is obscene from a screenshot of a single page on television news.

ALASKA is a novel about radical hope and the power of forgiveness, not about oral sex. The scene between Lara and Pudge–that humorous, massively unerotic scene–exists to argue AGAINST casual sexual encounters.

Strange, isn’t it? That having something “immoral” in a book can actually be an argument against that particular act?

But I think that’s true in Enna Burning, for example. Shannon’s certainly not endorcing burning people to death, and I think even the outraged-by-kissing-scenes parents could recognize that instantly. Enna is dealing with a complex moral dilemma in the book. So is Katniss in The Hunger Games. When your choice is kill or be killed, how do you preserve your own humanity?

Novels are a place to wrestle with those impossible scenarios in ways that strengthen our own morality, ironically enough.

I cheer for writers who can deal so honestly with the complexities of moral choice, and I think this goes back to censorship issues again. Do you want to shield your children from every little bad thing, or do you want to give them the better protection of being able to recognize things for what they are? If teens don’t encounter moral choice in novels, sometimes even seeing the consequences of *gasp* bad choices, how can we expect them to make good choices themselves? 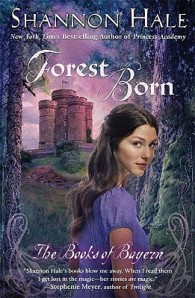 Strangely enough, one of the kissing scenes objected to is the one in Forest Born that Rin remembers and hates herself for. The character isn’t justifying her own actions at all. She’s saying how much she regrets acting like that. Wouldn’t we rather have our daughters experiencing a regretable action in fiction than experiencing it in real life?

(A kiss, of course, being pretty far down on my list of worries as a parent, but the idea being that the vicarious experience helps prompt wiser choices in general, which I touched on somewhat in an earlier post.)

I realize it’s complicated. Not every “immoral” scene in a book or movie or TV show deals with legitimate consequences for bad behavior, but I think the media that does should be applauded, not criticized.

I welcome feedback from any perspective, however. Tell me if my thinking is off somewhere!

14 thoughts on “Morality in Fiction Is a Strange Beast”